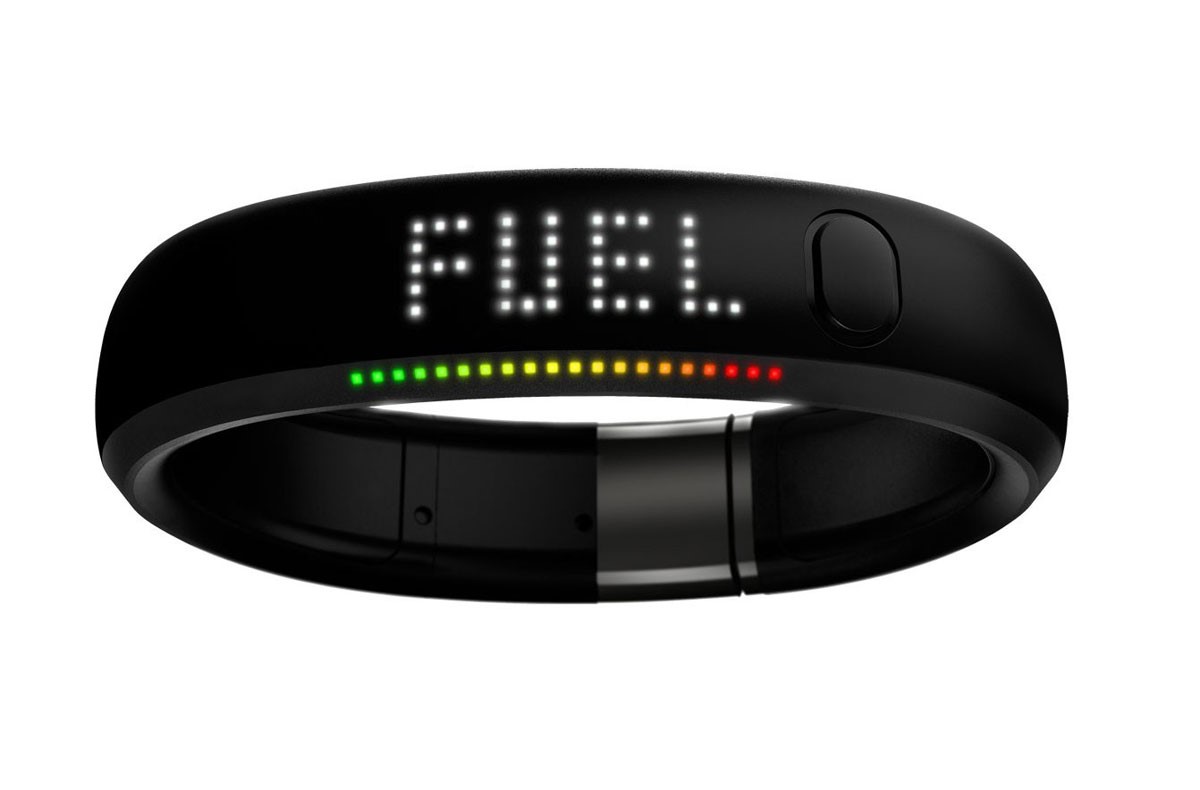 Nowadays, wearable devices are becoming a rising trend in sports applications. The usage of an electronic device in an unobtrusive way has been shown to be of great interest to the market. The main advantage is related to the ability to monitor and supply valuable feedback to the way humans practice sports.

Several wristband solutions have been carving its way into the market. Among these devices, the most well-known is perhaps the Nike Fuelband, a feature-rich bracelet including a multitude of sensors that provide the Fuelband with the ability to extensively analyse any sporting behaviour, as well as completely interact with the surrounding environment. It includes all the necessary hardware for such an application – flash memory, accelerometers, microcontrollers, etc. However, the Fuelband is not an open development platform, with Nike not even disclosing the full specs of its hardware, and swiftly prompting a "cease-and-desist" order to projects aiming at turning the Fuelband into an open-source hardware platform. The Nike+ SDK is available in Android (4.3+), Javascript and iOS. However, it is used to communicate with Nike+ servers and not directly with sensor band. As of today, Nike has already discontinued the development of the Fuelband completely.

Microsoft Band is a new product, released widely in 2015, to keep track of your heart rate, steps taken, calories burned, and sleep quality. It has wide range of sensors: optical heart rate, 3-axis accelerometer, gyro, mic, GPS, and many other sensors such as ambient light, galvanic skin, UV, skin temperature and capacitive. It is powered with an ARM Cortex M4 MCU but the main advantage of this band is its SDK that gives developers access to the embedded sensors, easing, and even encouraging, custom development on the device. It is a promising new product but it is still unknown the level maturity and capabilities of the SDK.

Another great example of the use of bracelets in professional sports is the  use of NFC tags on the wrist of swimmers, that allows them to monitor the number of laps swimmed, by means of the lights along the bottom of the pool.

Looking at these solutions available on the market, we are evaluating the viability to develop a simple yet powerful bracelet design using only "off-the-shelf" components, easily accessible at low prices, with focus on golf. This device could not only be cheaper than its commercial counterparts, but also gathers more processing power and additional features such as GNSS receiver. The core of the device uses an ARM microcontroller at 74 Mhz and a Bluetooth shield provides wireless communication. An Ublox M8Q receiver is in charge of GPS localization, and a 9-DoF IMU supplies movement sensing. All these devices are installed on top of a flexible support that allows to be used around the wrist. A small battery is required to power all these devices. This engineering prototype is assembled for a value under $200 and its production is expected to be much lower.

This device is being designed specifically for golfing, with positioning information throughout the course for long periods, but it can be programmed for a vast range of sports. The movement-sensing features of this bracelet can help building a profile of each golfer and helping them to analyse their shots. This can be achieved by computing several shot-related metrics from the data supplied by the IMU on the bracelet. Among them, we highlight the Swing Path (the path of the club head and handle during the shot), the Club/Handle Speed (a kinematic profile of the club during the shot), and Body/Hip angles. We therefore aim to construct a profile of the orthogonal position, velocity, acceleration and angular position during all stages of the golf shot which will allow to qualify the shot and acquire its precise positioning.

Extrapolating these parameters in real-time might prove to be a demanding task, and as such the greater processing power in our custom device is a real advantage. The architecture diagram we propose in this prototype is shown on the figure:

When comparing this wristband with the Fuelband, we can easily notice the difference in processing power (16-bit MSP430 microcontroller vs 32-bit ARM processor), and the inclusion of a GPS receiver, lacking in the Fuelband. On the other hand Microsoft Band is a promising new product in terms of hardware sensors but it is unknown the maturity of the SDK and the traction of users.

This is still an early development stage and as such many changes can be expected between this initial planning, the final prototype and the production device. Even so, and although we are still evaluating Microsoft Band, we realized that there is room for a device offering  better performance and optimization on a specific sport than the current alternatives in the global market. On the other hand, the usage of an engineering prototype assembled with low costs COTs components allows using an open development environment for processing and testing the movement sensing features on a specific sport.